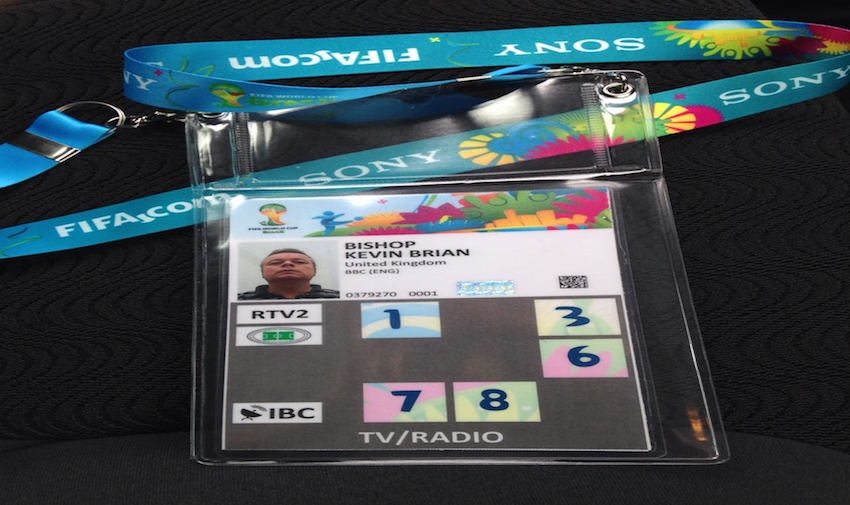 Travels with my Football

Travels with my football

helped him over the years

Driving north through the Bronx on my way to Connecticut I was worried. I was going to set up an interview with Henry Kissinger for Sunday AM and my concern was simple: what if I had to make small talk? The solution came when I spotted the New York Yankees baseball stadium. The week before I’d been watching a film about the rise of the New York Cosmos soccer team in the late 70s. The team, which attracted stars such as Pele and Beckenbauer, had a brief period in the spotlight when it filled the stadium with 70,000-plus fans. One of them was Henry Kissinger.

So, sitting by the fireplace in the Kissinger security house, all wired up and ready to go, we waited while London prepared the studio. I took my chance and nonchalantly asked if he was still interested in football (which I still maintain the sport is called). The floodgates opened. He’d just finished watching Sheffield United lose at home to Manchester United (what did I think of Sheffield’s chances of staying up, he asked). He then reeled off the rest of that day’s scores and we discussed whether I should drop Essien from my fantasyteam. I couldn’t by this stage resist bringing my team, QPR, into the conversation and we spent a good while reminiscing about Stan Bowles andRodney Marsh. The Nobel Peace Prize winner and architect of rapprochement with China agrees with me that our true home is the premiership and that John Gregory has got off to a solid start. I ought to get him down the British Queen one Saturday this season. After a while someone in London with the name of Andrew Marr interrupted our chat and wanted to ask a few questions about Iraq or something, but my day was made.

Football has been, I think, the most useful tool of the trade I’ve had. Money, cigarettes, official stamps and flirting can often get you what you want, but come up with an explanation as to why Man City got rid of Keegan and you’re onto a winner.

I’ve had some memorable moments with football over the years: the school teacher on the Kenyan coast who truly believed the four best footballsides ever were – in this order – Brazil, WestGermany, Darlington and England; Hamid, the young orphaned refugee from Kosovo, who would guard our live position in Kukes wearing a QPR hat; the time when an excited group of children in

Marseilles had been promised that local hero and ex-Olympique player Chris Waddle was to visit their school and, due to an unfortunate miscommunication, got me instead.

I know it’s a cliché, but football really is the international language. Arriving at Rio de Janeiro airport in 1998 with cameraman Nik Millard, a pile of camera gear and insufficient paperwork, we were about to be put back on a flight home when I mentioned almost as an afterthought that we were due to interview 1970 World Cup winning captain Carlos Alberto the next day. If I remember correctly, the customs officer not only hurried us through with no need of any kind of stamp but he also hailed us a taxi.

In Liberia a year earlier with Glenn Middleton, we’d been held up by Nigerian peacekeepers for filming somewhere a bit dodgy. The colonel – a big round man with a thick neck and no sense of humour – was getting angry with us and our attempts to bribe our way out of trouble were proving fruitless. I then spotted something on his desk, which seemed out of place. A Littlewoods pools coupon. He caught my glance and held it up in front of me. “What is this?” he asked. I explained to him the principles of score draws, no score draws and the pools panel. We filled in the column for that Saturday’s fixtures and, in return for letting us go, I agreed to sub him a couple of quid and send in the form. I posted the coupon from Jo’burg a few days later but never heard if he won or not. In any case Spurs were never going to draw at Man U.

In Tajikistan shortly after 9/11, the Russian defence ministry controlled the border with Afghanistan. To get in, you had to pass through a large army base. Our contacts had promised us that the commanding officer was expecting us. We arrived and knocked on the gate. Obviously nobody had the slightest idea we were coming and any thought that we could talk to the CO, let alone go through the base, was just nonsense. Until they started to look through our gear. We’d brought a Sky dish with us as a sweetener and I explained we planned to set it up in the officer’smess. Within the hour I was sitting in the officers’ sauna being force-fed pig fat and vodka and trying to make out shadowy images on an ancient Soviet TV, which I think, showed the Nationwide Conference league table. Or was it the Kazakhcup draw?

The next day we were in Afghanistan.

Albania has had its share of hairy moments for me. During the month the country went loopy with guns in 1997, I was sitting on a hillock in Gjirokaster outside a shed containing a huge arms cache. Two boys, who looked about 12 butprobably weren’t even that old, had apparently been put in charge of guarding the place. We were keen to film but they wanted to wait for higher authority. So I set about distracting the kids with a vocal game of Anglo-Albanian Snap – Gary Lineker! Besnik Hasi! Paul Gascoigne! Edwin Murati! It did the trick – we got the shots and sloped off.

The other hairy moment for me in Albania was on the day of the last match of the 98-99 season – a crucial relegation encounter with Crystal Palace at Loftus Road. I got a call in on a crackly sat phone from Vlore. The well-meaning Australian on thedesk raised my blood pressure to dangerous levels by saying that the score was six-nil but she wasn’t sure who had won.

It never ceases to amaze me how football permeates into the most remote of places. In a yurt in the Tian Shan Mountains in Kazakhstan I came across a kid who had a complete set of Shoot! league ladders from the mid seventies. Early in 1997 I was in living in South Africa to escape from the pain of relegation the previous season. In KwaZulu Natal I was filming a story about access to water. We followed a woman from a small village the three miles she had to walk to collect water. Her husband was not happy with us filming but she insisted. As she carried twobuckets and balanced a jug on her head, he kept trying to get in the way. I started talking about football to try to distract him. We clicked immediately and before long he had managed to give me a perfect rendition of Trevor Sinclair’s wonderful overhead scissors kick goal in the cup against Barnsley. I hadn’t seen the goal myself but when I did, I have to admit he was spot on.

Sitting in Connecticut listening to Henry Kissinger talk about the fall of Saigon it crossed my mind that at about the same time as those Americans were airlifted from the roof of the Embassy, I was playing “1-2-3 and in” on a muddy playground in Cornwall. In 1976, as he coped with resigning from international diplomacy, I had to deal with losing the first division title by one point to Liverpool.

Still, it gave us something to talk about.